Unsilenced Majority is a grassroots conservative advocacy organization opposed to cancel culture in all forms. We strongly believe that corporate censorship, thought-policing and politically motivated blacklists and boycotts are having a corrosive effect on our country and will ultimately lead to a less free world. We also believe that freedom of speech and diversity of thought are fundamental bedrocks of a free society and should always be protected and celebrated. Unsilenced Majority speaks for an emboldened majority of Americans who recognize the imminent threat that cancel culture poses to our nation.The rising intolerance of cancel culture is breeding fear and paranoia in our politics, across the corporate world, at our children’s schools and even in our neighborhoods. It must be stopped. Unsilenced Majority aims to harness grassroots opposition to fight back against cancel culture before it’s too late. Join the movement today and learn more about our cause below. 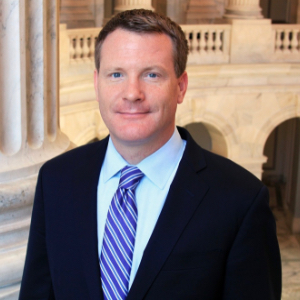 Mike Davis is the founder and president of Unsilenced Majority, an organization dedicated to opposing Cancel Culture and fighting back against the woke mob and their enablers. As the former Chief Counsel for Nominations to Senate Judiciary Chairman Chuck Grassley, Davis also leads the Article III Project (A3P), established to defend constitutionalist judges and the rule of law, and the Internet Accountability Project (IAP), an advocacy organization fighting to rein in Big Tech.

As Chief Counsel for Nominations, Davis advised Chairman Grassley and other senators on the confirmation of federal judges and senior Executive Branch appointees, serving as staff lead for 30 hearings and 41 markup meetings. He oversaw the floor votes for 278 nominees, including the confirmations of Justice Brett Kavanaugh and the record number of circuit judges confirmed during President Trump’s first two years in office.

Before returning to public service in 2017, Davis spent nearly ten years as a civil litigator in Denver, working at one of the largest law firms in the world and one of the top-ranked law firms in Colorado before running his own law practice for more than five years. 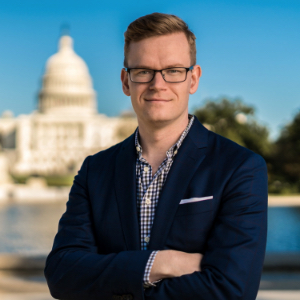 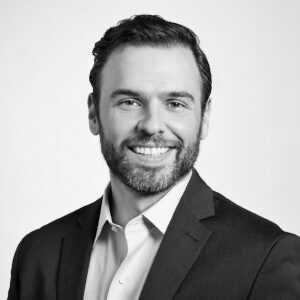 Ian Prior is a co-founder of the Daily Malarkey, Executive Director of FightforSchools.com, and CEO of Headwaters Media.

A communications and litigation expert, he has spent the past decade utilizing his experience at the crossroads of politics and media to successfully navigate some of the most challenging media environments in politics, government, and corporate America.

Most recently, Ian served as Vice President at Mercury Public Affairs, where he worked for several Fortune 500 companies, multi-million-dollar trade groups, and high level political campaigns.
Previously he was Principal Deputy Director of Public Affairs for the Department of Justice. Appointed to that role in March 2017, he served through July 2018. At DOJ, he helped provide strategic public affairs guidance to the Attorney General, Deputy Attorney General and Associate Attorney General. Ian also served as the primary spokesman and media strategist for the Department’s National Security Division and Antitrust Division. In addition, he managed the Department’s public affairs strategies to combat the deadly opioid crisis and enhance the nation’s cybersecurity.

Before serving at the Department of Justice, Ian served as the Communications Director for American Crossroads and Senate Leadership Fund in the 2016 cycle. In the 2014 cycle, he was the Northeast Regional Press Secretary at the National Republican Congressional Committee and waspromoted to National Press Secretary and Deputy Communications Director following the 2014 election. He also managed the congressional campaign for former Rhode Island State Police Superintendent Brendan Doherty in 2012.

Ian hails from Rhode Island and earned a B.A. from Boston University and a J.D. and L.L.M in Banking and Financial Law from Boston University School of Law. Following law school and before transitioning to public relations and communications, he clerked for Chief Justice Frank Williams of the Rhode Island Supreme Court and worked as a lawyer at Edwards and Angell, Brown Rudnick, and the City of Boston Corporation Counsel’s office.
Ian is also a frequent guest commentator of Fox News where he discusses issues related to the Department of Justice, FBI, the Trump Administration, and political campaigns. 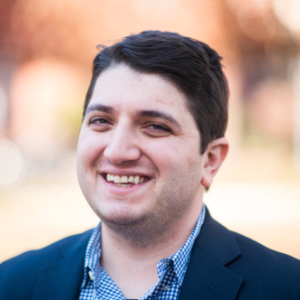 Andy Surabian is a Republican strategist and serves as Senior Adviser to Unsilenced Majority. He also currently serves as spokesman and chief political adviser to Donald Trump Jr. and advises numerous candidates for Federal office.

He has not only advised a litany of political candidates, campaigns and outside groups, he has also provided public relations, strategic messaging and crisis management strategy to various fortune 500 companies and well-known trade associations.

Surabian previously served in the White House as a Special Assistant to President Trump and Deputy White House Strategist. He is a veteran of the 2016 Trump campaign where he was charged with managing the campaign’s War Room operation as War Room Director and also served as a Senior Adviser on the former President’s 2020 reelection campaign.

He is a well known political commentator and is regularly quoted in various news outlets including, The Financial Times, Wall Street Journal, Washington Post, New York Times, Politico, Axios, The Hill, Fox News, USA Today, Bloomberg and many others.

In December of 2017, Politico named Surabian to their “18 for 18 Power List” of the most influential up and coming political operatives in the country.